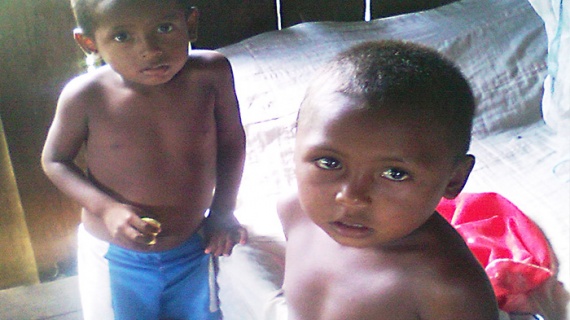 Join our grassroots movement of empowerment to give Indigenous Peoples the resources and education to transform their lives and bring balance back to Mother Earth one territory at a time through MNF’S unique impact model.

100% of your donation will fund the social programs that MNF pairs with economic opportunity to allow indigenous people to become agents of transformation in their communities and environments.

We Need Our Voices Heard:

We want the world informed, we’d like petitions signed, we are capable of being self-sufficient, we are not asking for a handout, we are rich in agriculture and all worldly precious stones and seafood. We don’t mind sharing as long as you also understand our cultures combined in the Miskitu nation respect the earth. We demand our birthright, to be treated with dignity and the ceasing of the genocide on our nation!

We the People of the Moskitia/Mosquito (Miskitu) Coast, (not we the corporation) were a free people before and during the British and European global conquest, Spain or no one ever conquered us instead Britain approached us with treaties. We recognize a lot of things were done to many a native people and that is what those times were. We do not hold it against Europeans or the Moors.

We do however know that the wrongs that have been done continue at the hands of the governments that claim dominion over lands that were never theirs. We speak the language and were there from the beginning of man or rather simply we were there first, the land was not desolate and unpopulated when the Spaniards arrived…

We believe that the world is capable of change as have seen it in our lifetime and have read it in history.

We truly believe nothing is impossible and that we can all cohabit on the planet satisfying our ego and greed moderately with a limit. All that is born on the earth to the earth has a right to be on it and inherit it there are no superiors and inferiors on this planet because we all lack something and have our purpose; so rather than envy or misunderstand another’s capabilities or difference, we go to school or /and learn it/them and understand.

Every Man, woman, child…We have so much more to discover about our humanity. Yet how can that be done at the price of any other person, we fail to see the humanity in that. We fail to see the civilized and modern world where we sacrifice whole nations for our own material desires and status and fame!

There are other ways to deal with our human-made worldly problems all we need is time, The Miskitu Nation is running out of time. My We at Miskitu Nation have given all we can.

WE NEED YOUR HELP!

Our nation is brilliant! We just need a chance to exhibit and exploit our own selves and bring out our contribution to the world, not end up refugees and immigrant in lands strange and discriminating towards us. Even if we were damned fools, one can’t just decide kill and erase something or something/someone that has materialized, born, sprouted on to the earth, it’s time to bring our humanity to an age of maturity and wisdom and stop destroying ourselves, the planet and hope.

We the Moskitia/Mosquito (Miskitu) Nation were told if we gave up our arms, we would have protection under the United Nation charters. We complied but as usual Daniel Ortega and his, Sandinista Army refuses to live up to any of his agreements and his tyranny continues…

With the above in mind, I think that you can see and feel Our URGENCY and the necessity of our nation.

This information is crucial to saving the lives of the Moskitia/Mosquito (Miskitu) With the above in mind I think that you the reader can see and feel Our URGENCY and why this website has been created.

If you have some more questions feel free to reach us via email info@savemnf.org

All information is true facts present and accurate.

MNF thanks you for your support and donations. Together we can make a difference and leave the world better than we found it.